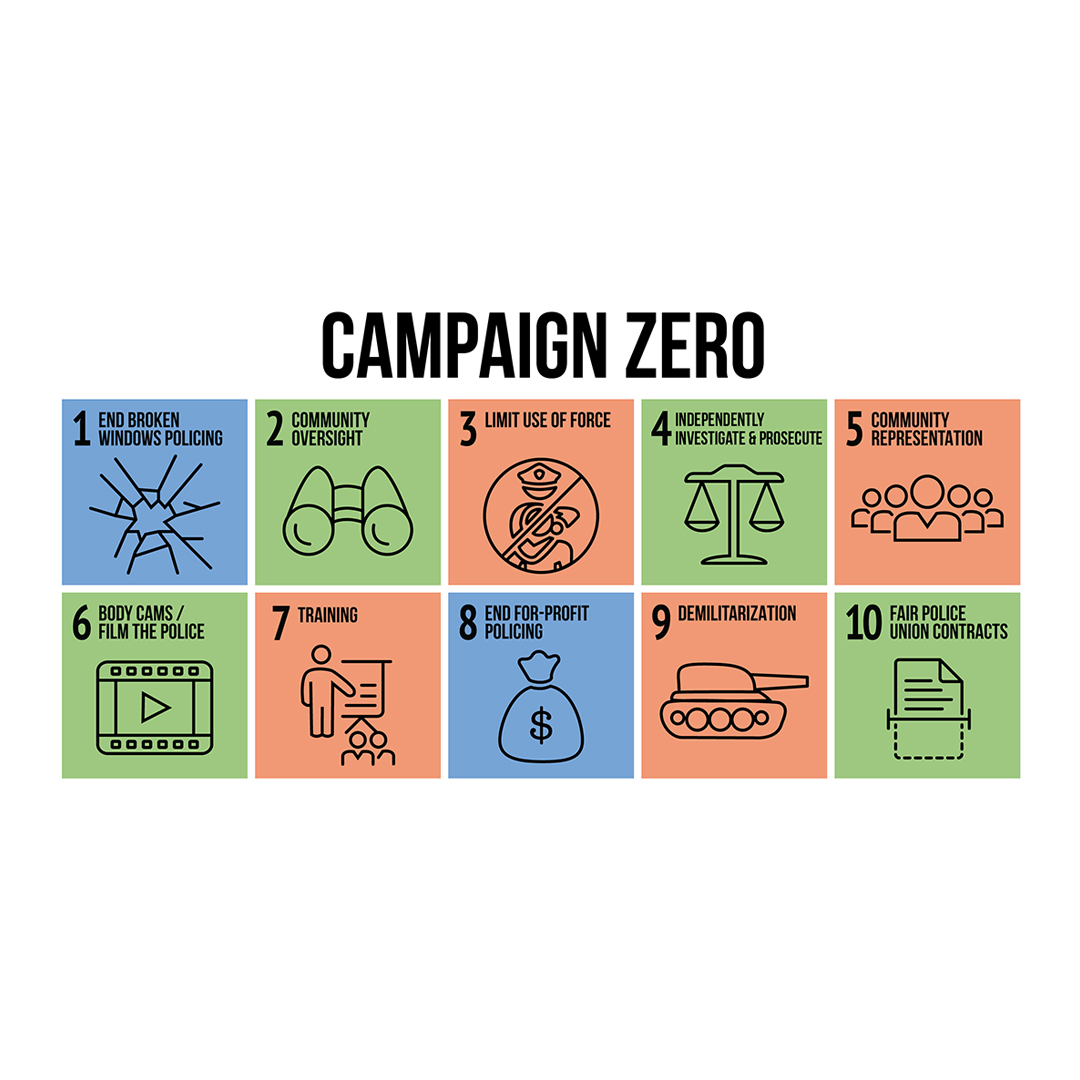 “We can end police violence in America.”

‍Campaign Zero is a police reform campaign, launched in 2015, consisting of ten proposals aimed at reducing police violence. Many of the policies Campaign Zero recommends are already in place in a handful of departments, but not all.Campaign Zero’s planning team consists of Brittany Packnett, Samuel Sinyangwe, DeRay Mckesson, and Johnetta Elzie.

On their website Campaign Zero has a section for feedback, where you can share policy ideas and general feedback, then see HOW your feedback has influenced the platform.

“It will take deliberate action by policymakers at every level of government to end police violence.

”How will resources be allocated?

‍“Funds donated to Campaign Zero support the analysis of policing practices across the country, research to identify effective solutions to end police violence, technical assistance to organizers leading accountability campaigns and the development of model legislation and advocacy to end police violence nationwide.”

“Over 1,000 people are killed by police every year in America. We are calling on local, state, and federal lawmakers to take immediate action to adopt data-driven policy solutions to end this violence and hold police accountable.”